Deadsnows is a town that has been rebuilt by halflings after being totally destroyed during the Spell Plague. The ruins of the old town lie two miles West of the new town. New Deadsnows has been rebuilt during the past century on the slopes of the hill where the Abbey of Marthamor stands. Halfling cottages and mills occupy the hill, while the human part of the town developed at the bottom of the hill.

The halfling Devlon Icespear has been the main force behind this rebuilding. It is said he made his fortune during the Gold rush in the region that occurred after the end of the Spell Plague. He perished at the beginning of the Darkening, during the period now known as the Second Sundering. The Icespear family, who also runs the river barges traffic between Deadsnows and Everlund, has assumed the leadership of the town since then.

Recently, since the Dwarves left the Lords’ Alliance after the destruction of Sundabar during the Darkening, the Icespear family council has establish an alliance with the Zhentarim, who are actively working to open a new caravan route toward the north and establish themselves in the Silver Marches, and Devlon Junior has become the new mayor of Deadsnows, supported by his aunt Marjolene. 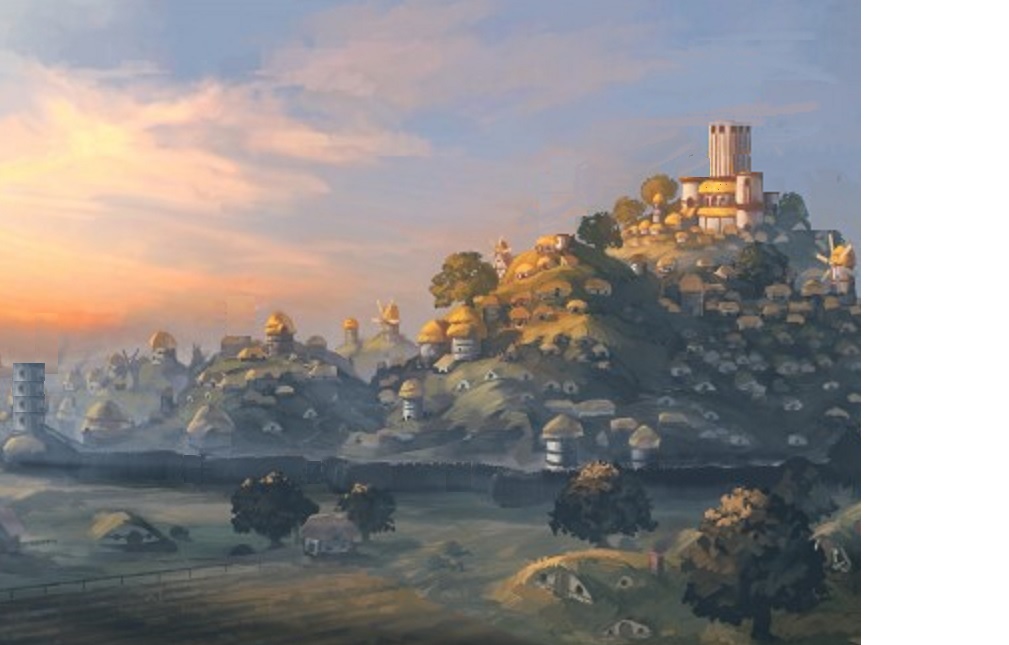 The goblins infested Nether Mountains throw cold shadows over the town of Deadsnows, a community of around 1200 souls nestled in the alpine bosom of two foothills. Sheep graze on the lower slopes, guarded by crossbow-toting shepherds, as they nibble at the coarse grass that grows between rocky outcroppings. Beyond the grazing fields, the land rises to crags covered sparsely with fir trees, and then to the mist-shrouded and snow-covered Nether mountains that rear South into the sky. On a clear days the peaks of the Rauvin mountains, North West, can also be seen from the top of the highest tower.

The main feature of Deadsnows is the Abbey of Marthammor, a fortified dwarven abbey in the middle of town, on top of the highest hill. 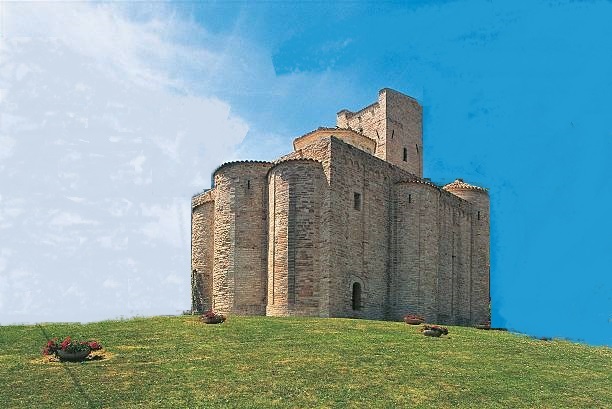 The abbey is a dwarf-made fortress dedicated to Marthammor Duin, the dwarven god of wanderers. But since the end of the Darkening and the destruction of Sundabar, the dwarves have abandoned the place, left the town and have not been seen for the past two years. The trade that used the fork road between the local dwarven citadels, Citadel Adbar in the East, Sundabar in the West and Citadel Felbarr in the North West has completely stopped, slowing the activity in the town significantly.

Winter roses along the abbey’s stone walls blossom throughout the year, even through the thickest snows, very common in the dead of winters.

The portcullis at the entrance of the abbey’s outer walls is closed, and guarded by two halflings soldiers equipped with shiny chainmails, fancy halberds, short swords and 3 foot high tubular hats made of beaver fur.

The outer wall of the abbey is 20’ high, patrolled by halflings soldiery, and all solid stone work, albeit it is clear that part of the wall and the abbey have been rebuilt within the last century, the rest of the stonework being much much older. From the portcullis, you can see the entrance to the abbey, and its square tower, as well as nicely maintained gardens between the outer wall and the Abbey’s walls.

Surrounding the abbey’s walls, on the hillsides, are many halfling cottages half buried in the two hills around which the town has been rebuilt. Some of them have short two or three stories towers offering a stunning view of the surroundings. A few windmills are located higher on the hillsides, powered by the winds and milling flours from the fields around.

The hillsides are nicely arranged, with flowered little gardens and round doors, good drainage for water leading downhill and creating nice small waterfalls in the halflings’ neighborhoods, draining the water to large puddles at the base of the hills.

Nowadays, the town’s largest population are halflings, and has been governed by the Icespear family since its re-founding after the spellplague.

The difference between the base of the hill’s muddy and random streets and the well organized halfling hillside neighborhoods offers a stark contrast, the hillside paths ill suited for medium sized individuals.

At the bottom of the hill, human sized wood-frame buildings make up one third of the town, many of them unoccupied outside of winter, and the town is contained within a mortared outer wall that is constantly being repaired, due to frequent water damages.

The bottom of the hill part is more looking like a frontier town, organized with wooden boardwalks and muddy streets, probably with thick snow cover during the winter.

A lot of human, half elves, half orcs trappers, woodsmen, woodcutters, prospectors or miners spend the winter in Deadsnow and head out come spring to do their trade in the large wilderness spaces of this region.

Most of the artisans, humans and halflings, are spread around the base of the hill within the mortared walls, as well as the merchant, general stores, and one old abandonned frontier church.

Just inside the outer wall, overlooking the road that leads to the town, is another fortification, two twin stone towers, watching over the main gate to the town. 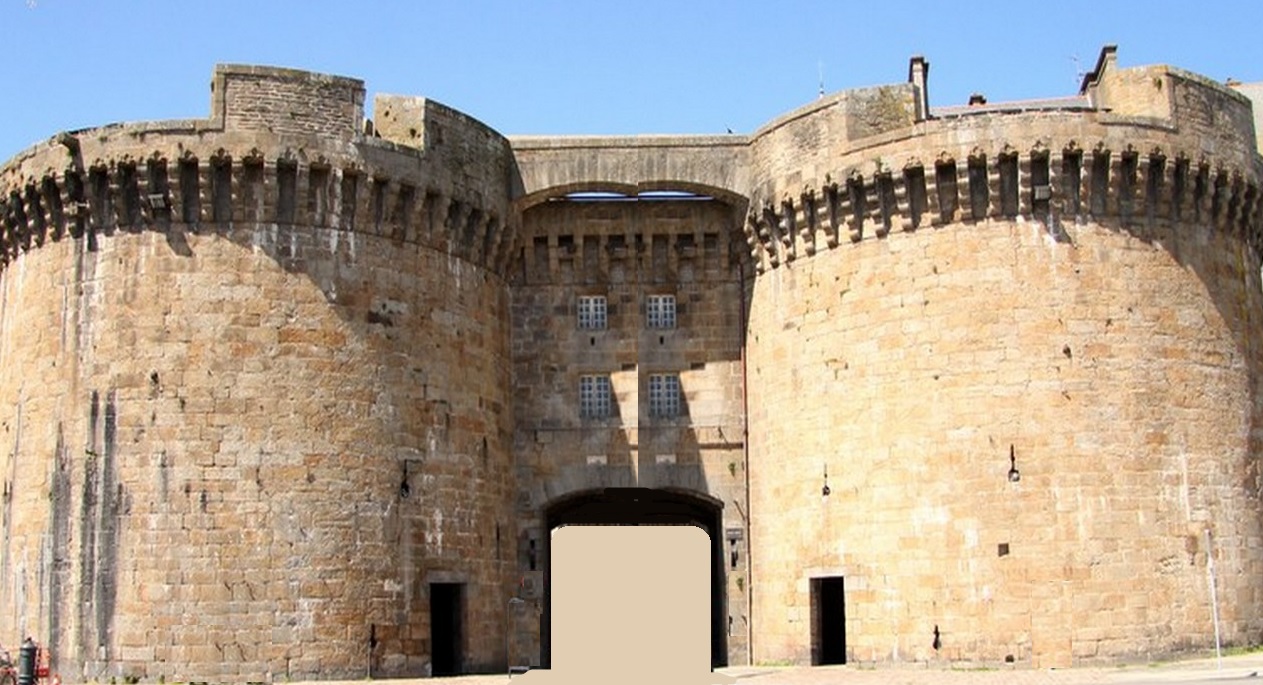 The two towers are the sturdiest stone buildings at the base of the hills, with a solid double gate between them, obviously dwarven built. Visitors are greeted by soldiers and a closed gate. Once inside the town, from this main entrance, a main avenue goes straight up the hill. This avenue is the only one with cobblestones, and it leads to the top of the hill, to the outer walls of the Abbey of Marthamor.